MATCHROOM Sport has become one of the world’s largest suppliers of sports programming over the past near four decades.

Since 1982, we have grown year-on-year and have established relationships with virtually every major broadcaster of sports in the world. It has been a fantastic journey with lots of fun along the way and I hope we have played our part in helping our clients achieve cost-effective ratings.

At Matchroom, we have a passion for sport. We are an independent company full of creative people that set the highest standards for the events they produce – and we love every minute of it! We have some of the best in the business making them come to life.

We will continue to expand our portfolio of events based on client demand and look forward to the exciting times ahead for our industry. As always we look to improve at every level as we continue our pursuit of excellence in both the quality of our events and television production.

Welcome to the world of Matchroom Sport – I hope we can be of service.

The origins of Matchroom Sport came in the mid-1970s when chartered accountant Barry Hearn became Chairman of Lucania Snooker Clubs, a UK-wide chain. Developing an interest in the sport, Hearn became the manager of aspiring snooker pro Steve Davis in 1978. What followed was an unprecedented explosion in British sport that saw snooker become the nation’s No.1 TV sport with Hearn and Davis at the forefront.

In 1982, Matchroom Sport was formed in offices in Romford, Essex as the company became the pre-eminent management company in snooker, managing the eight biggest names in the game including four World Champions.

Having dominated snooker, Matchroom Sport branched out in to boxing, promoting the Frank Bruno v Joe Bugner heavyweight clash at Tottenham Hotspur football ground in 1987 in front of 35,000 people.

In 1990 Matchroom Sport TV began trading as the company started to move in the direction of event ownership, promotion and television.

Throughout the 1990’s Matchroom began to add more and more diverse sports to its portfolio of events as they built an increasingly stronger client base of major broadcasters around the world.

Boxing has continued to be a major part of Matchroom’s output over the years and the innovation of Prizefighter has changed the face of boxing as televised entertainment.

Matchroom currently promote 20 fight nights per year, all broadcast live on Sky Sports in the UK and TV networks around the world with broadcasters such as DAZN. The Froch vs. Groves II show at Wembley Stadium in May 2014 broke numerous records and went down as one of, if not the, biggest UK boxing show in history. In 2018, Anthony Joshua vs. Wladimir Klitschko at Wembley stadium broke more records with the biggest heavyweight fight crowd in over 90 years and a new box office record.

Matchroom have been staging the tournaments the world’s best players all want to play in since 1993.

The World Pool Masters is Pool’s longest running invitational event and sees 24 stars from around the world compete over three days for one of the most celebrated titles in the pool world.

The World Cup of Pool sees two-player teams from 32 countries compete in a straight knock out format over six days for a $250,000 prize-fund. With national pride at stake, the competition is intense and there are plenty of upsets in store.

Fish’O’Mania is still the only live fishing event in the world and has been a British institution for nearly two decades and Fish’O’Mania International now sees nations compete against one another.

Since the late 1990’s Matchroom have set the standard with televised tenpin bowling, the Weber Cup continues to be the benchmark by which all other TV bowling is judged.

The PGA EuroPro Tour is Europe’s leading developmental golf tour and has been in Matchroom’s portfolio since 2001 and in that same year, Matchroom Chairman Barry Hearn acquired a majority shareholding in the Professional Darts Corporation.

In the intervening years, under the stewardship of Matchroom, the PDC has gone from strength to strength as darts has grown into a major sport in the UK with current prize funds totalling over £10 million.

In December 2009, Barry Hearn became the majority shareholder in World Snooker Ltd with a powerful manifesto that promised to take the game to new heights across the globe. Since then the sport has grown and grown, with prize money increased from £3.5million in 2009, to over £16 million for the 2019/20 season with a host of new events introduced over the last five years.

Producing up to 2,500 hours of original programming on an annual basis, Matchroom Sport are committed to creating cost effective ratings for their broadcast clients as well as global exposure for their sponsors. 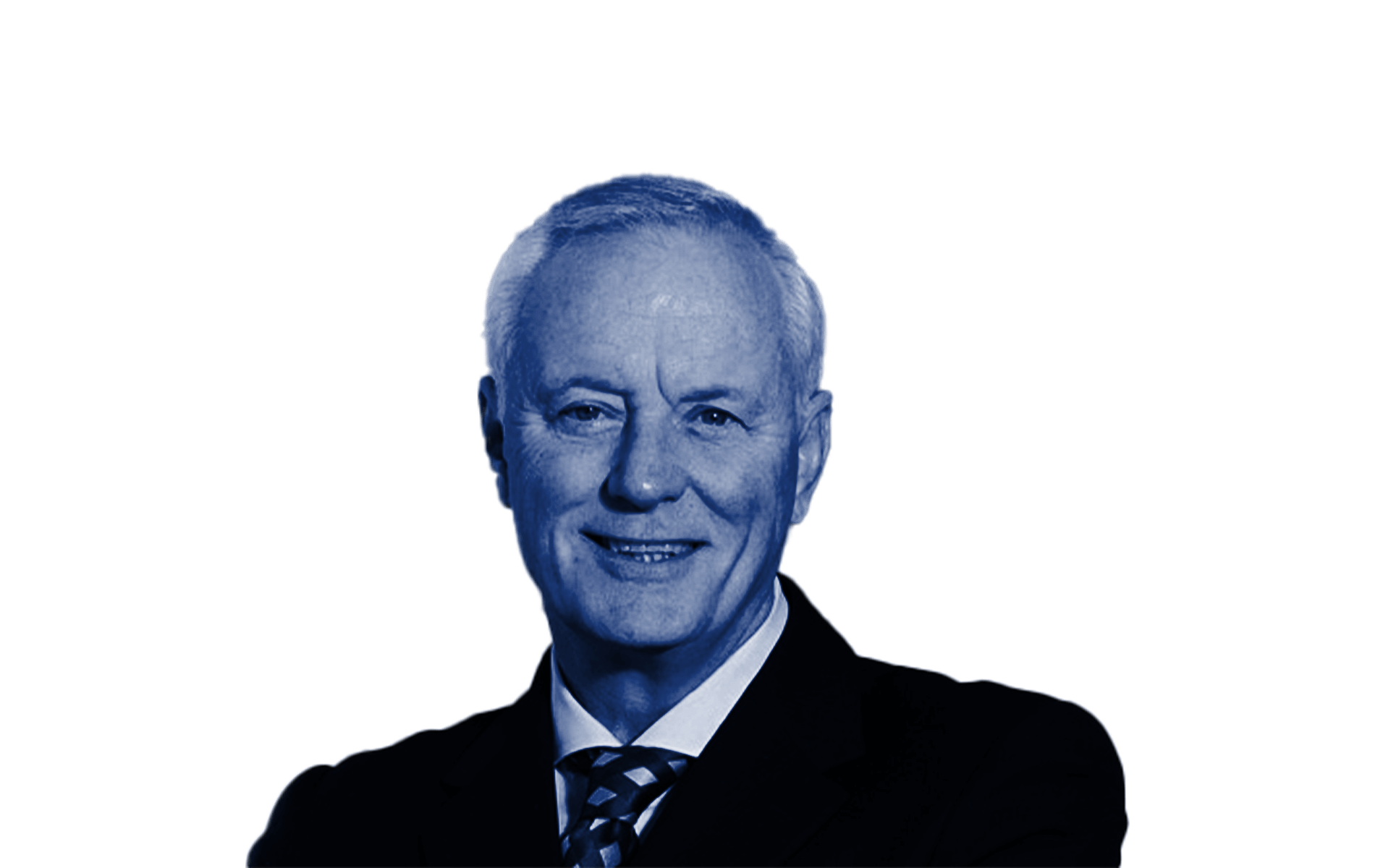 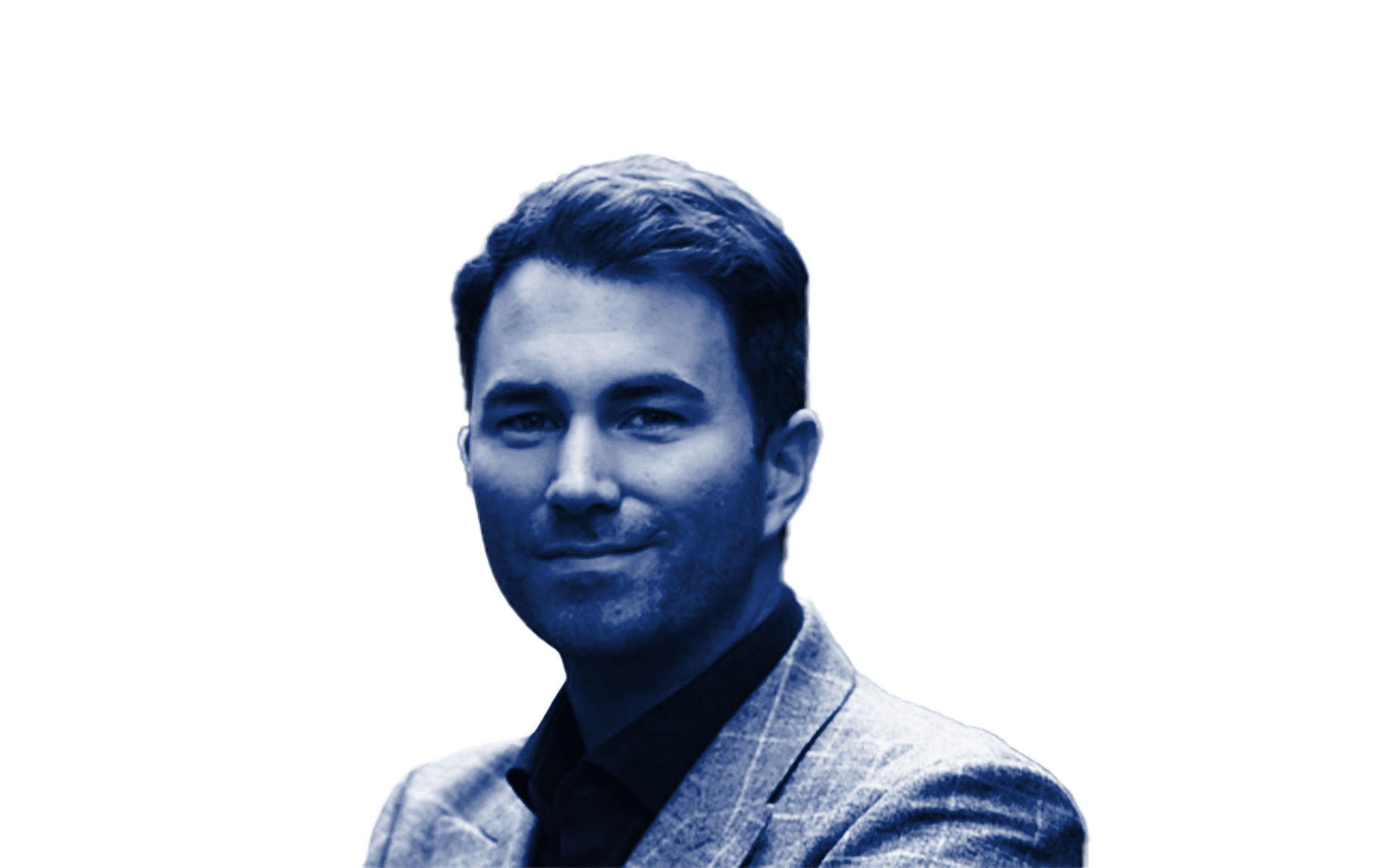 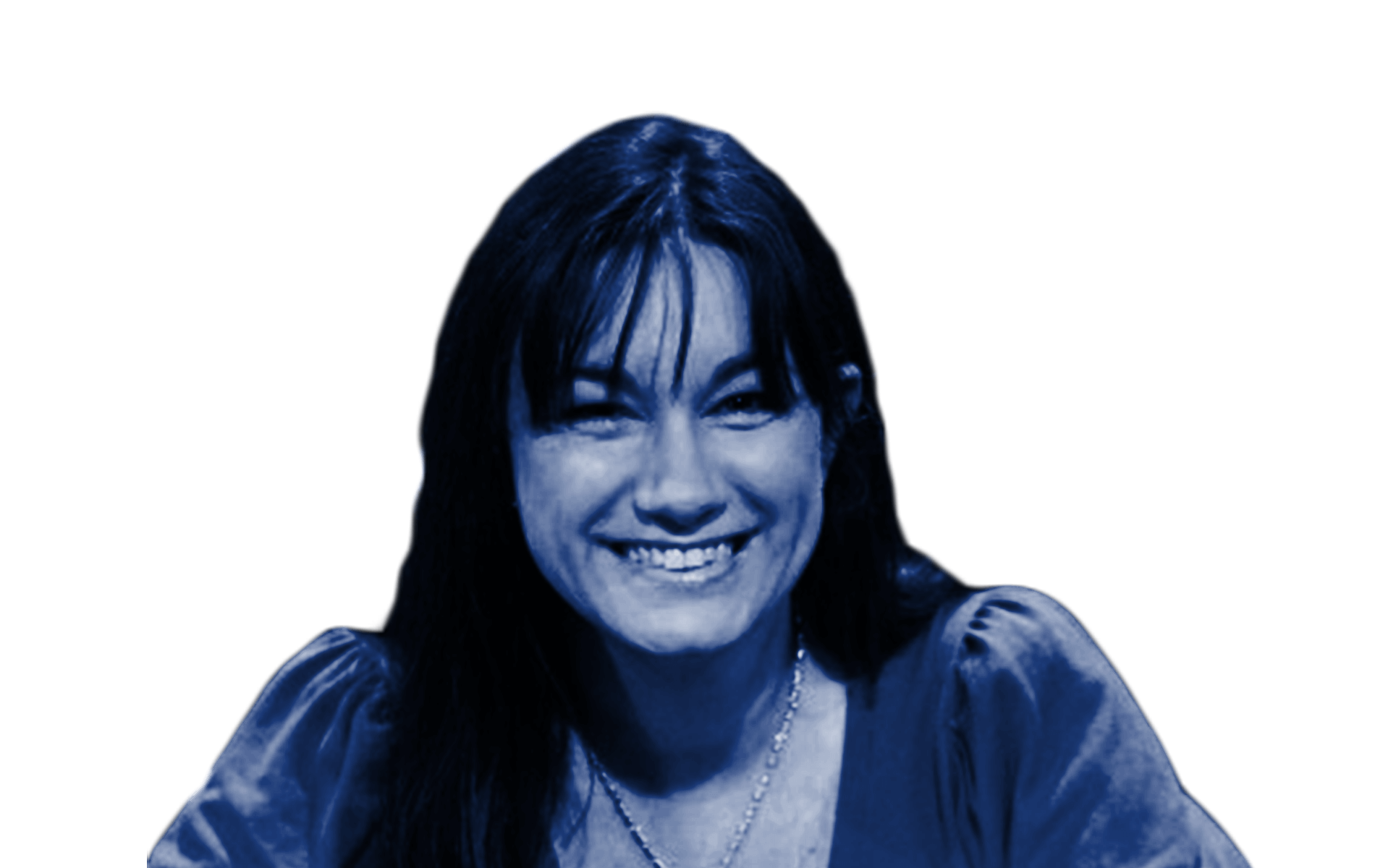 Barry Hearn qualified as a Chartered Accountant in 1970 and spent several years with a major firm of international accountants before moving into the commercial world as finance director of Kensal House Investments.

After a period in the fashion industry and property development, he became chairman of Lucania Snooker Clubs in 1974 and began to involve the snooker hall chain in amateur tournament promotions.

In 1976 Steve Davis began playing at the Romford Lucania Club and the two struck up a friendship which was to have a major influence on the world of snooker.

In 1982 Riley Leisure acquired the chain of Lucania Snooker Clubs for £3.1 million leaving Barry free to concentrate on the development of snooker, both in the UK and overseas.

With the formation of Matchroom Sport in 1982, Hearn was able to turn his abilities to developing a stable of top snooker players and ultimately produce televised events.

A long-term boxing fan, Barry moved into fight promotion in the late 1980’s and has promoted hundreds of British, European and World title fights for television over the years.

Through the 1990’s Hearn turned a number of niche sports into major TV attractions with a succession of innovative ideas. His acquisition of a majority shareholding in the PDC in 2001, saw him appointed Chairman as the company went from strength to strength.

Into the second decade of the 21st century, Barry Hearn has developed Matchroom Sport into one of the world’s leading independent suppliers of quality sports programming.

Aside from Matchroom Sport, Barry is Chairman of the Professional Darts Corporation, the World Snooker Association, and WPBSA Ltd.

In 2005, he assumed the role of Chief Executive of the PGA Europro Tour and subsequently headed up Matchroom Sport’s rapidly expanding poker and online gaming operations. With the swift growth of the company in recent years, Eddie has assumed the role of Group Managing Director.

Eddie’s most notable public face is as the head of Matchroom’s Boxing division, promoting a stable he has grown and which is littered with World Champions and Olympic gold medallists.

He is also a director of the Professional Darts Corporation.

After graduating with a First Class Honours Degree in Sports/Leisure Marketing, Katie started at Sky Sports in 1997, initially as a production junior before becoming an editorial assistant working on sports such as football, rugby, superbikes and tennis.

In 2004, Katie moved to Matchroom Sport as Producer/Director of poker programming and new Matchroom ventures. In all she has produced over 50 poker series, and directed all Matchroom’s poker coverage on Channel 4, 5 and Sky Sports. She now oversees all aspects of Matchroom’s TV programming. 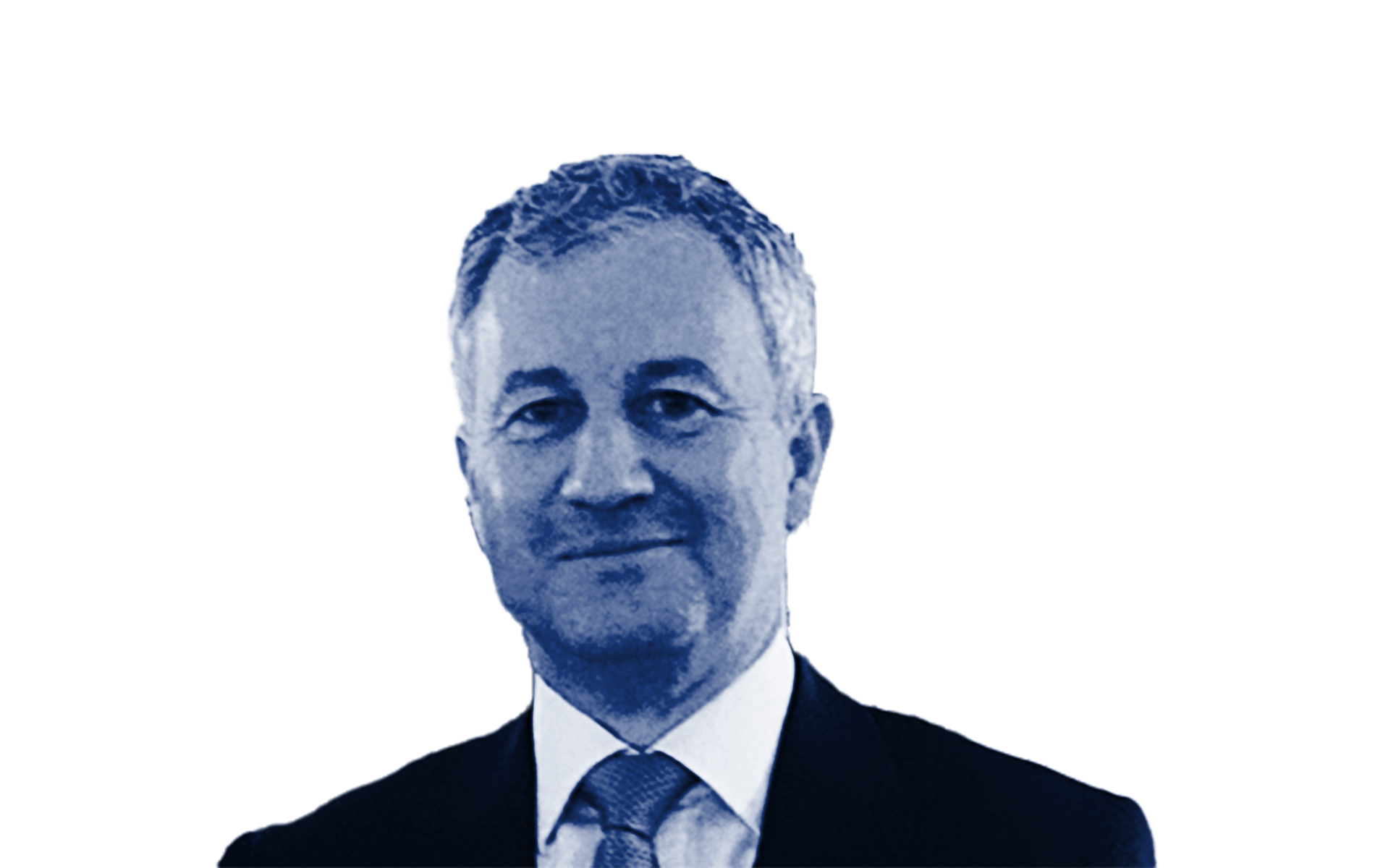 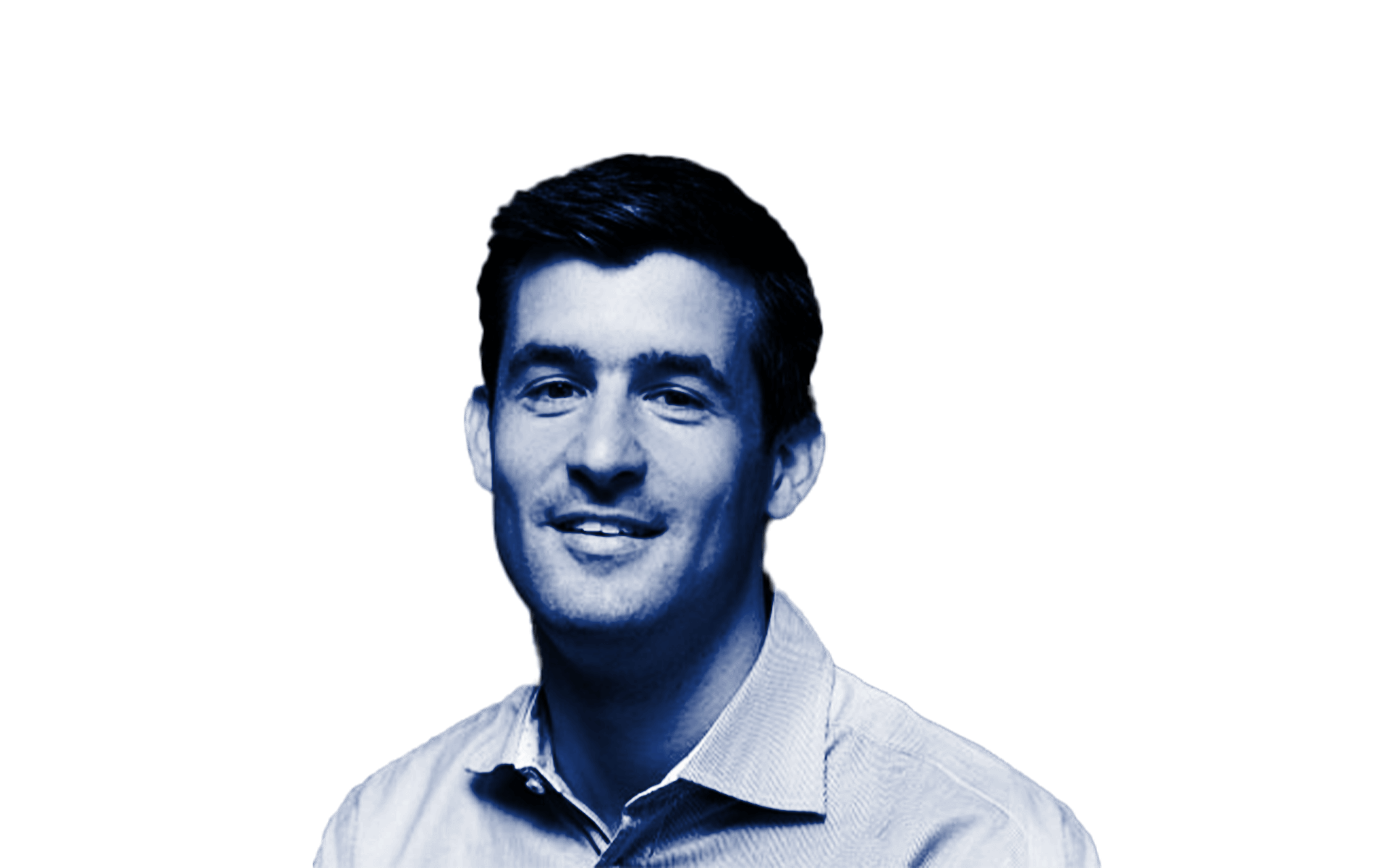 Steve was appointed CEO of World Snooker Limited following Matchroom’s acquisition of the company in 2010. He has long been involved in the sport – for many years Matchroom managed a stable of professional players which included legends of the game such as Steve Davis, Jimmy White, Terry Griffiths, Dennis Taylor and Ronnie O’Sullivan.

He trained with KPMG prior to joining Barry Hearn’s sports promotion business in 1985. He continues to oversee the substantial growth of Matchroom Sport Limited and its associated companies. Steve was involved in Matchroom’s purchase and subsequent sale of Leyton Orient Football Club, and brought about the unique £40m property development project at Leyton Orient’s stadium on Brisbane Road.

Steve’s day-to-day responsibilities include managing the financial and legal affairs of the business, and strategic planning to ensure the continued success and international expansion of the wide range of sports promoted under the Matchroom banner.

Matthew Porter has been PDC Chief Executive since January 2008 and has overseen the growth of the sport from £3million ($5million) prize money annually to double that figure through the continued expansion of the PDC.

During that time, Porter has overseen the introduction of major tournaments such as the European Championship and Players Championship Finals, the PDC World Cup of Darts and the European Tour, as well as the implementation of the PDC’s development structure with Qualifying School, the Challenge Tour and Youth Tour.

Porter has also been the Chief Executive of Leyton Orient FC in the UK, as well as serving on the board of The Football League. Porter joined Leyton Orient in 2001 as Press Officer, a role which he occupied for five years before being made the youngest chief executive in English football by O’s chairman Barry Hearn in the summer of 2006, aged just 26. His appointment as Chief Executive coincided with the Club’s promotion to League 1 and he oversaw their progression to an established side in the division which included narrowly missing out on promotion at the end of the 2013/14 season.

Frank first worked within Matchroom as a 14-year-old on work experience, and started full time in September 2008 after he left school.

Having worked across many of the sports that Matchroom promote, Frank joined the Boxing department full-time in 2011 and worked his way through the ranks to assume the post of CEO in April 2018.

Frank was appointed to the main board of the group’s parent company, Matchroom Sport, in December 2018.

For over 30 years, Matchroom Sport has donated millions of pounds to a wide-range of charities throughout its many sporting activities, including sports and community charities, and a number of hospices for both children and adults.

Matchroom now promotes in excess of 100 events per year, selling over 500,000 tickets in the process. Part of the Foundation’s funding will come from a contribution equivalent to £1 for every ticket sold for these events.

The Matchroom Sport Charitable Foundation aims to channel these monies to create a significant and sustainable impact on deserving causes which make a difference to people’s lives.